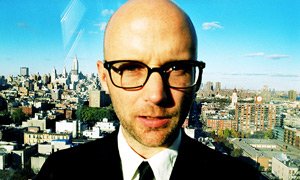 I could, if I was so minded, comment on last nights leaders debate and the way in which was reported on today. I could also make the point that the way in which it was reported is both an illustrating and frightening reminder of the power that the print media thinks it still commands. This in turn might neatly segue into some comments on press ownership, whereby two companies have over a 70% share of the market. This might well also seamlessly meld into how social media is increasing been seen as a way to target voters.

Then to inject some much needed levity into proceedings, I could share with you my theory that Moby is the musical equivalent of the Lib Dems.